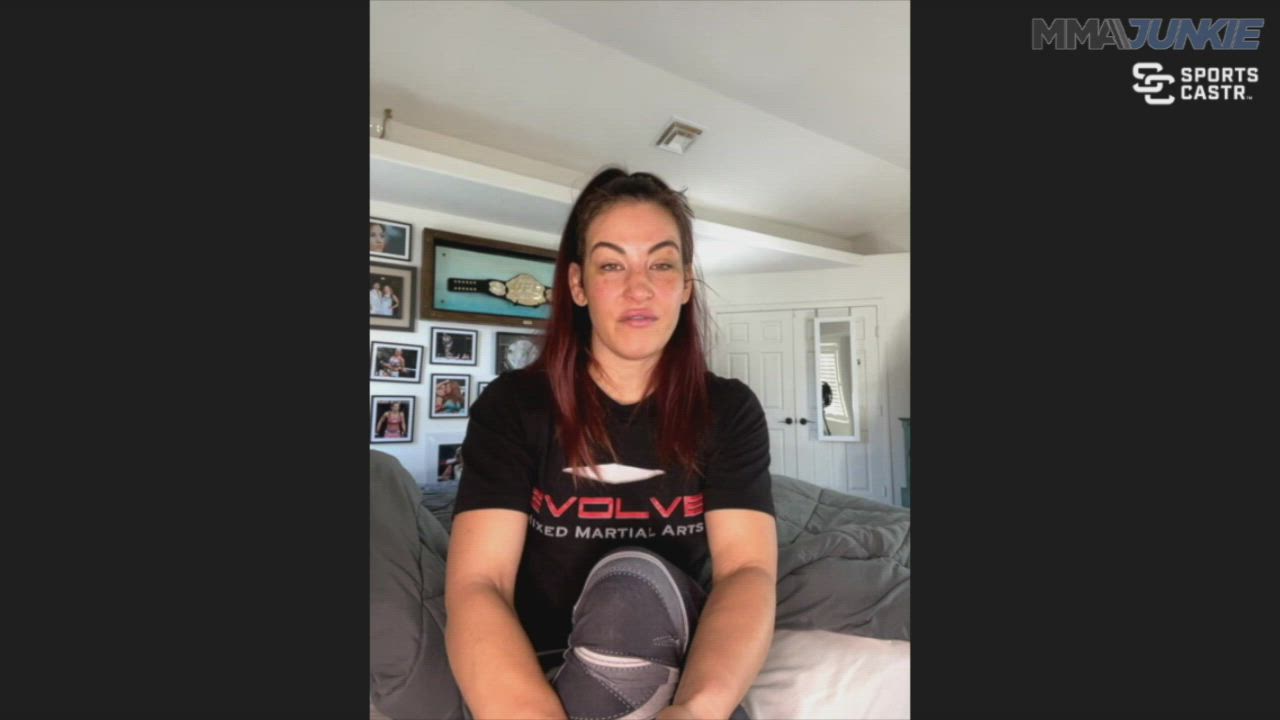 ONE Championship is back this week with two of its most high-profile free agent signings in history – and a high-profile broadcast platform to go with it.

ONE on TNT 1 takes place Wednesday at Singapore Indoor Stadium in Singapore. The main card airs on TNT following prelims on B/R Live.

In the main event, flyweight champion Adriano Moraes (18-3) puts his title on the line against longtime UFC champion and challenger Demetrious Johnson (30-3-1). Moraes and Johnson, considered by many to be the greatest flyweight in history, were set to fight in 2020, but the COVID-19 pandemic delayed their title fight till now.

And in the co-feature, 25-year-old Moldova-born standout Iuri Lapicus (14-1) takes on former UFC and Bellator champion Eddie Alvarez (30-7) in a welterweight bout that could determine the next title challenger.

Adriano Moraes: I'll be a step ahead of Demetrious Johnson at ONE on TNT 1

ONE on TNT I broadcast lineup finalized, includes addition of 'Reug Reug'

Former UFC women’s bantamweight champion Miesha Tate recently announced a return from retirement, but she remains a vice president for ONE Championship. She told MMA Junkie Radio the fight between Moraes and Johnson is of particular intrigue because the vast majority of the attention seems to be on challenger Johnson – and not the champ.

“Adriano’s a black belt (in jiu-jitsu), and he’s a great fighter,” Tate said. “He’s been doing amazing things, and he’s a well-established champion of the division. But he feels disrespected by the media, to be honest, because he’s getting little to no love compared to Demetrious Johnson, who obviously is going to take the lion’s share being what I’d consider the (flyweight) GOAT.

“But I think for Adriano Moraes, it’s not only his belt – it’s his legacy. It’s the fact people are underestimating him. He wants to go in there and take that shine off of Demetrious Johnson – keep his belt and beat the GOAT. It’s going to be a good scrap. I know Adriano Moraes feels a little disrespected in all of this – not by Demetrious, but by the coverage Demetrious gets vs. him. I think he’s going to come out looking to make a real statement.”

The oddsmakers at BetMGM have Johnson as a big favorite at -650. Johnson has not been the underdog in a fight, either in the UFC or ONE, since September 2012.

And Tate said Johnson’s road to this title shot against Moraes wasn’t an easy one. Johnson came to ONE in late 2018 and made his promotional debut in 2019 in the flyweight tournament. He submitted Yuya Wakamatsu in the opening round, then outworked Tatsumitsu Wada in the semifinals and Danny Kingad in the final in October 2019 to earn his title shot.

That crack at a belt in his new home was put on hold through all of 2020 thanks to COVID-19, but now Johnson finally has his shot.

“Demetrious Johnson had to go through a murderer’s row, really, to get this opportunity – and he had some of his toughest challenges in that grand prix to make him the No. 1 contender,” Tate said. “He had some really tough fights, and he’s definitely going to have a tough one in Adriano Moraes.”

Tate said Alvarez’s fight against Lapicus, in some ways, is about his legacy – particularly because a win might get him a shot at welterweight champ Christian Lee, who is coming off a win over Lapicus.

Alvarez has been a Bellator champ, a UFC champ, won titles in smaller organizations, and would love to add another major belt to his resume before he hangs up the gloves.

“Eddie Alvarez is looking to cement his legacy,” Tate said. “In the latter part of your (career), when you’ve accomplished so much like Eddie Alvarez, you’re looking for things to keep you hungry and motivated. To have a goal like capturing a championship belt in every major promotion – talk about goals. He knows this is a very important fight for him.”

But Lapicus could be a stiff test for Alvarez, much the way Timofey Nastyukhin was in Alvarez’s ONE debut in 2019. Nastyukhin surprised many with a first-round TKO.

Lapicus hadn’t lost in his pro career until he was stopped by Lee.

“Iuri came up just a little short, but he’s very hungry, he’s coming off a loss to the champion, and he knows a win over Eddie Alvarez puts him right there as the contender if he wants to get that one back from Christian Lee,” Tate said. “He said he’s going to be the second guy to knock out Eddie Alvarez.”

ONE on TNT 1 on Wednesday kicks off four straight weeks of Wednesday events on TNT for the promotion, all at Singapore Indoor Stadium in Singapore.

How to watch ONE on TNT 1: Fight card, start time, results, odds, live stream for Moraes vs. Johnson

Photos: Miesha Tate through the years

Photos: Demetrious Johnson through the years

This was originally published on www.mmajunkie.com

Previous articleTristan Connelly returns to face Pat Sabatini at UFC 261
Next articleShields: I’d Be Dominant Against Marshall, I Want To Beat Her Up on Fury-Joshua Card

PFL returns to action in the earlier hours with the heavyweights and women’s lightweight divisions both kicking off from the Ocean Resort Casino in...
Read more

Former Bellator bantamweight Frans Mlambo has today been unveiled as a new signing for Polish promotion FEN. The 29-year-old South African, who fights out...
Read more

Between the Links returns with a special live edition to celebrate the 50th episode of the program. Host Mike Heck will be joined...
Read more
UFC News

Felicia Spencer has a new opponent for her next fight. Officials announced Thursday that Norma Dumont (5-1) has stepped in as a replacement for...
Read more